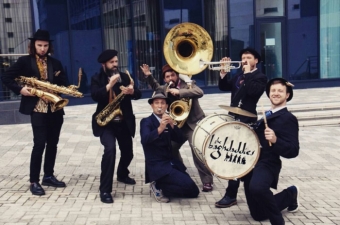 Peppery are again working with the Bangladeshi Support Group to programme the main stage at this unique event which celebrates the diversity in Ipswich and Suffolk as a whole, bringing communities together through music, dance, arts and crafts, and food in a fun environment. See www.bscentre.org.uk for details. Acts include Kanda Bongo Man and The Baghdaddies

GLOBAL RHYTHM - Now in it’s 6th year, Ipswich's annual free festival of world music is a colourful and exciting celebration of worldwide culture, showcasing the best world and roots music and dance in the perfect setting of Christchurch Park.

This year the Peppery Stage has been renamed in memory of Martin Burley, a founding member of Peppery Productions, to recognise his contribution to the musical life of Ipswich and Suffolk.

The lineup on the MARTIN BURLEY PEPPERY STAGE includes Ska, Country, Afrobeat, Bollywood and more.  There’s rollin’ reggae and skankin’ ska from the GOLDMASTER ALLSTARS.  In a treat for Americana fans THE WANGFORD FOUR will feature HANK WANGFORD and one of the world’s finest pedal steel players BJ COLE.  South Indian violin star JYOTSNA SRIKANTH joins BOLLYWOOD BRASS BAND on stage for their “CARNATIC CONNECTIONS” show.  And to round off the afternoon DELE SOSIMI'S AFROBEAT ORCHESTRA will bring their joyous and uplifting sounds to the park.

(Join them before the gig for an introductory Cuban dance workshop at 7pm. This adds just £2.50 to the ticket price. You will be offered this option when you book)

Peppery are working with the Bangladeshi Support Group to programme the main stage at this unique event which celebrates the diversity in Ipswich and Suffolk as a whole, bringing communities together through music, dance, arts and crafts, and food in a fun environment. See www.bscentre.org.uk for details. Acts include Peppery's favourite Cuban band Son Yambu, and Alejandro Toledo's Full Attack Band (formerly the Magic Tombelinos). 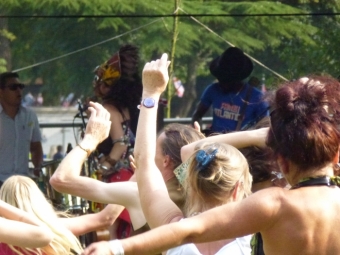 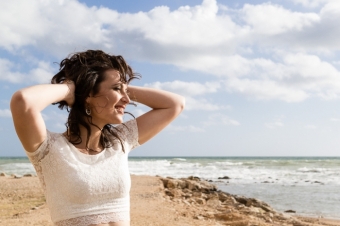 Up-and-coming Latin jazz vocalist Noemi Nuti presents a special evening of Brazilian and Cuban music with a jazz twist. She will be joined by leading UK trumpeter Quentin Collins(trumpet/flugelhorn), Andrew McCormack (piano) and world-class drummer Ernesto Simpson, who has played with some of the greatest musicians such as Herbie Hancock and Omar Sosa. Rounding out the quintet is 'British Jazz Award Rising Talent' Tim Thornton on bass. Expect Latin standards, original songs and classic Brazilian Bossa Novas, in which Noemi has a special interest, as well as material from Noemi’s debut album on Ubuntu Music, Nice to Meet You. This is a joint Peppery/Jazz East promotion as part of the inaugural Ipswich jazz Festival which runs from 19th - 28th June, with concerts, workshops, pub sessions etc across the town. See www.ipswichjazzfestival.org.uk for the full festival programme.