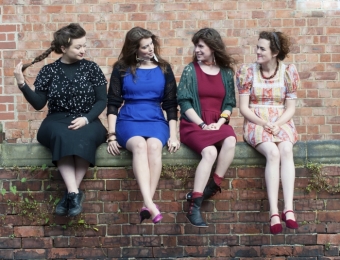 Oysterband return to the UK, touring to play a limited run of dates in favourite venues and places which have a strong collective and personal resonance for the band. They'll play a classic Oyster set and a taste of new songs from a brand new studio album to be released in January 2014

Hot from their appearance at this year's Global Rhythm festival, Sweetbeats are back in town with their heady mix of original songs and classic rare grooves. Jamaica is where this music starts - the journey ends in bliss.

Formed in 2003, Sweetbeats are an eight piece band specialising in rocksteady, the melodic, soulful missing link between upbeat 1960's ska, and the chilled down reggae of early 70's Jamaica.

You'll want to dance all night - resistance is futile.

festival of world and roots music

Once again in partnership with Ipswich Borough Council and Caribbean Expose we present three stages of world and roots music in the perfect surroundings of Christchurch Park for our annual free festival. This year the Peppery Stage features rocksteady from The Sweetbeats, afrobeat with the Kalakuta Millionaires, Hassan Erraji's Morrocan Rollers, flamenco fusion from Calaita, Hara's tribal bellydance, and the Balkan grooves of The Baghdaddies. For more details when confirmed, click on the link below to join Peppery's mailing list. 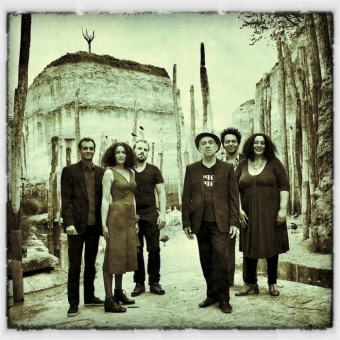 a magpie mix of funk, chanson, dub, african and gypsy

French / Algerian band Lo'Jo have virtually defined world music over the past decade or so. Their sonic world is one of desert campfires, joyful street parties, dockside philosophy and bohemian Franco-Arabic funk. Lo'Jo's international reputation is based on a mesmerising live act and a string of recorded performances. Their last two sellout Peppery shows were amongst the finest world music events ever seen in Ipswich. This is one of only five dates in this their first UK tour in four years. It is a rare chance to see "one of the finest live bands on the planet" (The Independant) For more Lo'Jo info see www.kpsule.me/lojo/